Jenny Foster, Executive Director. Jenny has over 10 years of fundraising experience across

a variety of sectors including education, food security, and politics. She sits on the Community Advisory Council for York Housing and Support Serivces and devotes her life and skill to serving others. She is an award winning Yoga Teacher, Crossfitter and triathlete. She loves Scarborough and is incredibly honoured to serve her home community through West Hill Harvest. Jenny holds a BA in Political Science from The University of Toronto and a certificate in Fundraising Management from Seneca College.

Don Garvey, Director of Operations  Don has volunteered for WHH for many years, most

recently as a team leader in 2015 and 2016. Don joins us from recent retirement, after a long career, working at CIBC in Information Technology for over 37 years.  Don loves volunteering and fitness. In addition to his role at WHH he is a volunteer running coach for the learn to run, 5k and 10K clinics at running room, as well as an occasional speaker. Don has been an athlete his entire life. He enjoy coaching others to reach their sport goals and loves tennis, biking, running, yoga and golf

Matt Green, Director of Online Engagement   Matt is the man behind the WHH Instagram, Twitter and Facebook accounts. He also writes for the WHH blog and

supports the website. Matt grew up with a passion for giving back to the community and has supported various charities including United Way, Salvation Army and Geneva Centre for Autism. Matt graduated from Centennial College with a diploma from their Journalism program and is currently working London Life.  Matt’s favourite part about the Christmas season is climbing the CN Tower in support of United Way and taking part in the West Hill Harvest Food Toy Drive.

Renu Chowdhury, Director of Communications Renu has been an active volunteer of West 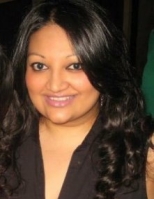 Hill Harvest since its inception. A lifelong fundraiser and volunteer, Renu contributed to charitable organizations such as Juvenille Diabetes Research Foundation, Heart and Stroke Foundation, and Canadian Blood Services.  Renu currently works for the Ontario Government and has held various positions in Infrastructure and  Information Technology, and in Policy areas for over 8 years. As a Public Servant, Renu is passionate about serving Ontarian’s and is highly engaged in giving back to the province and her community. She chairs the OPS’ Green Leadership Committee in collaboration with the Ontario Public Service Green Office. Renu is a certified Business Analyst from McMaster University and holds a Bachelor of Arts in Political Science and Philosophy from the University of Toronto.